There are plenty of pots to fill in the Plant Recorder app. Some I wont bother with. Since the focus of my gardens is plants that are native to Ontario, there’s little point in filling out Country and Region. Habitat is being used for the code ‘N’ to specify Native. Height, Spread, Shade and Water I will fill in good time, though I did default Spread to .2 meters when I imported my data, just so that plants could be seen and selected. I had imported my Access table’s auto-number ID into the ‘No‘ field (giving a rough indication of the order of purchase/entry), but found later (in my WordPress table) that, if I wanted to sort on that field, then I needed to pad numbers less than 100 with zeros. I hope not to exceed 999.

It took me by surprise that the Genus, Species and Variety that found accommodation in the XML file, did not appear in the apps display. I would prefer to be constantly reminded of these Latin names, so I hijacked the Country to show them. After laboriously dragging all Country fields (in XML Notepad) to just under the Type I ran this regex search and replace:

In hindsight, now that I know that the Genus, Species and Variety fields are deprecated, I would have gone straight to joining them in a single field. I would prefer to have two name fields then, one for the common name and another for the scientific.

One feature that I found missing in the data structure was a Link (eg. to online photos) field. But I discovered that I could simply plop a (fully qualified) link into the Comment field, where I found (on my android phone) that, after a long press, I was given an option to open the link. Out in the garden, it’s nice to be able to compare a plant with some reference picture.

To add new plants, I find it more efficient to work outside of Plant Recorder in order to ensure fully populated fields. I keep blanks at the end of the file (and located in my greenhouse) which are Named the same as the ‘No‘ so that I can find them and move them as needed to a planting location where they can be properly named. Before using up all blanks I make sure to create new ones, either with Duplicate in XML Notepad, or by copy and paste in the text editor. I’ll try to keep my sequential ‘No’ system going. 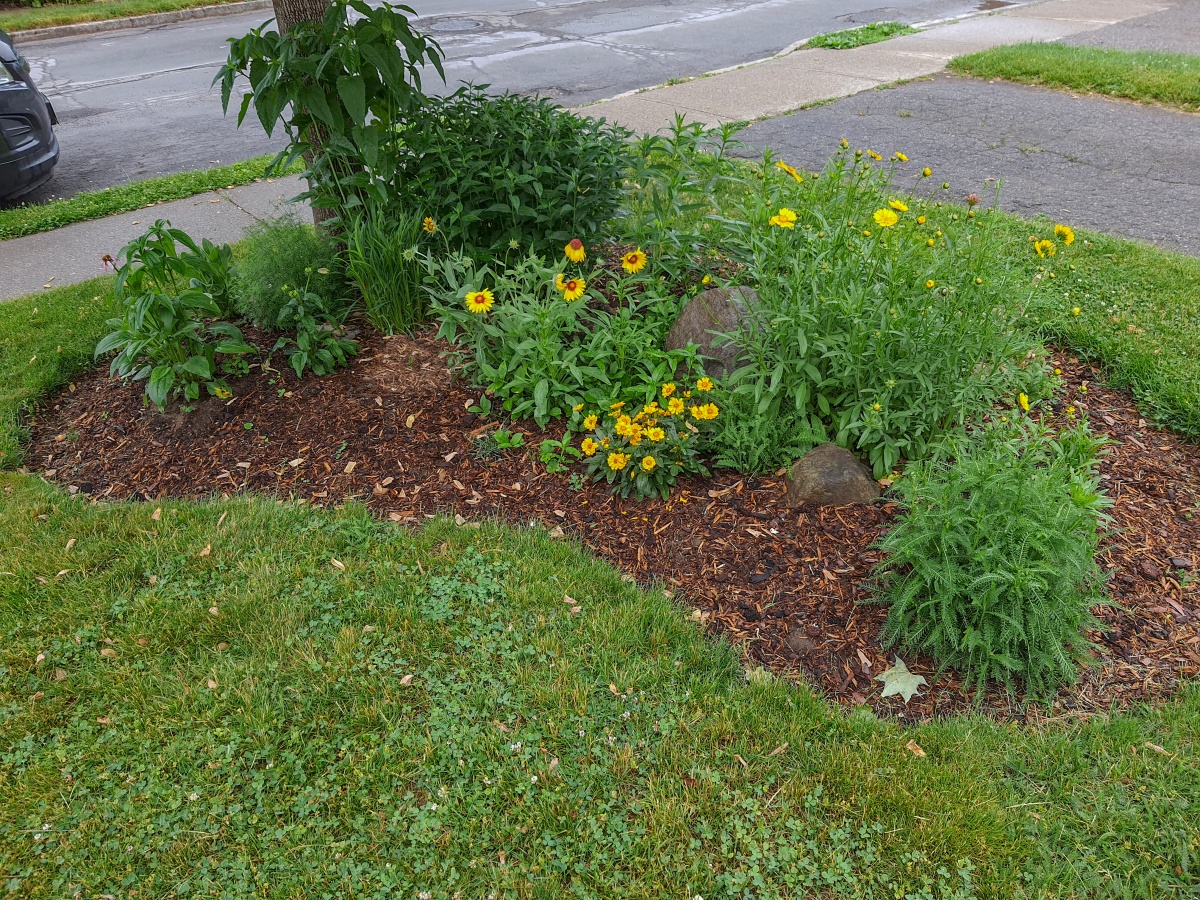 A Journey of Discovery – The last decade has seen the transformation of my home’s typical, urban yard from it’s foundation shrubbery, imported plants and groundcovers to a place of refuge for native plants. Read More about “Native Plant Gardening”…

View the gardens and the plants:

Facebook is a great medium for on-the-fly chit-chat, but not so good for reference. Being a part of the Ontario…

4 - The Ins and Outs of Plant Data